We will right the wrong

GET YOUR ANALYSIS & STRATEGY 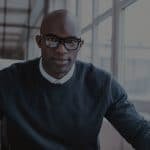 Under U.S. federal laws, the most notable of which is Title VII of the Civil Rights Act, Americans are automatically accorded fair and equal treatment to be free from unfair discrimination. These civil rights cannot be violated by anyone and they extend equal protection to all regardless of sexual orientation, veteran status, religion, nationality, pregnancy, disability, age, race, or gender. Are you dealing with civil rights issues in your workplace? Learn more 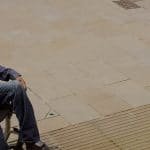 Workers with mental or physical disabilities are protected under state and federal laws. Employers cannot refuse to provide such employees with reasonable accommodations to allow them to work, but it is vitally important to also understand that not every person with a medical condition is protected. Learn more 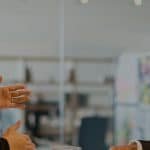 Most employees in California are considered to be working for their employer “at-will.” That means they can be terminated at any time. Other workers have contracts that detail their salary, term of employment and other details relating to their work duties. Offer letters do not constitute an employment contract. However, if you have a contract that clearly states a term of employment and outlines penalties to the employer for ending that contract early, you may have the legal right to compensation. Learn more 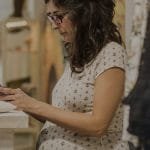 Eligible workers are entitled to 12 workweeks of leave in a year under the auspices of the Family and Medical Leave Act (FMLA) without being terminated, provided they have been employed for at least 12 months for a private-sector company with 50 or more workers, a public/private elementary/secondary school or a public agency. Learn more 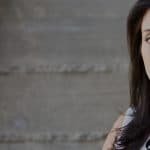 An individual may not legally be denied a job or promotion because of their gender. Under federal and state laws, everyone has the right to be treated fairly, receive fair compensation for work, and be entitled to opportunities in the workplace no matter what their gender may be. Unfortunately, gender discrimination may occur in termination practice, hiring practices, failing to promote certain individuals or unfair job standards. Learn more

Employers are responsible for offering and maintaining a healthy and safe workplace. However, some employers do not offer that kind of a workplace, and as a result workers are trying to perform their jobs in a hostile and discriminatory environment. Those affected have the right to file a complaint against their employer. If no action is taken to remedy the situation, the worker may be entitled to compensation. Learn more 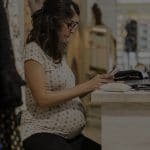 An employer is prohibited from making any decisions relating to a worker based on pregnancy. This can also include, childbirth or any conditions or other aspects associated with pregnancy and childbirth, such as breastfeeding or medical conditions, such as preeclampsia or diabetes. Any form of discrimination in relation to a woman’s pregnancy is strictly forbidden in every aspect of a workplace, such as: fringe benefits, termination, assignments, training, hiring and promotions. Pregnancy discrimination is in violation of numerous federal and state laws. Learn more 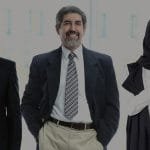 Federal and state laws prohibit racial discrimination in all aspects of employment, including the hiring process, promotions, benefit assignment, compensation, job assignment and training. Title VII of the Civil Rights Act forbids employers from discriminating against workers based on race, color or national origin. Learn more 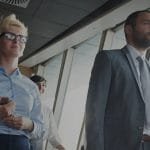 Sexual harassment in the workplace is illegal. It is completely unacceptable behavior and if you are the victim of perpetual harassment at work, you have the right to put a halt to it by speaking up. Your actions may help protect others. You have numerous legal options to deal with this kind of unlawful and objectionable behavior. Learn more 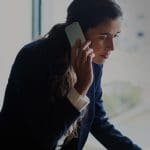 What is discrimination? Discrimination usually involves refusing to hire, failing to reemploy, discharging, failing to promote, harassing, or discriminating against a person with respect to any other term, condition, or privilege of employment. Learn more 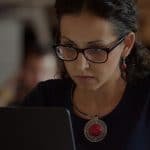 You have the right to get paid for all the hours that you have worked. If you have not received payment for the hours you worked, you may be able to file a claim against your employer. If your employer is in violation of the existing labor laws or unjustly withheld wages speak to an experienced unpaid wage violation attorney. Learn more 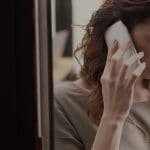 Is your employer engaging in illegal activity? Do you want to blow the whistle, but are afraid of retaliation? Under legislation referred to as whistleblower or qui tam legislation, your employer cannot penalize you in any way for exposing their conduct to the course of justice. Should the employer act in retaliation, victims are legally entitled to file a lawsuit and claim lost wages, possibly punitive damages and compensation for emotional and psychological distress. Learn more 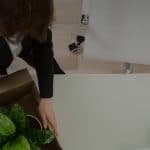 California is an “at will” state, meaning employers may terminate an employment relationship for any cause or no cause at all, even if the reason is dubious. However, an employer is not allowed to fire workers for reasons that are retaliatory or discriminatory, as defined by the state. In sum, an employer may fire an employee as long as there is no unlawful conduct present. Otherwise, they may be sued by the wronged employee. Learn more

Sadly, if you have been a victim of sexual assault, you are not alone. In fact, every 98 seconds, someone in the United States is sexually assaulted. Thanks to the growing #MeToo movement and sheer courage, sexual assault victims are coming forward in record numbers, seeking justice for themselves and helping to make sure the perpetrators do not victimize others. Learn more

OUR CORE SERVICES
FROM STRONG ADVOCATES

We offer expert legal analysis, and we provide you with a team that cares about your well-being. Our team will make your former employer pay to make things right for you.

We will treat you with respect. We will listen. We will right the wrong.

How We Can Help You

Strong Advocates can help take quick action on your case. We will provide you with written case analysis to help you understand your case and legal options. We will help you to compile an experienced legal team and serve as your advocate. We will help you reach favorable outcomes, avoiding extensive litigation as much as possible. We assist our clients understand their legal options as well as California's complex laws. We can explain how the law applies to your particular case. Please contact us at (800) 870-9886 to schedule a confidential consultation.

Betsy Havens and the team at Strong Advocates are the nicest and most professional lawyers I have ever dealt with. They truly cared about my case and put in hours above and beyond what was called for. She kept me in the loop on all the legal proceedings and took the time explain to me in clear terms what this process was going to look like.

Throughout the process, Betsy Havens was very understanding and compassionate, and made the difficult circumstances I was dealing with a bit easier to cope with.

Strong Advocates is very professional and knowledgeable. Betsy Havens listened and was very compassionate. She cares and is realistic in what can and cannot be done. She is tenacious and committed to resolve your case in a timely manner.

Strong Advocates truly takes an interest in their clients. Betsy Havens and her staff are knowledgeable and professional. Betsy made me feel heard. She is very thorough, detail oriented and determined.

I honestly was at lost about my case or if i even had a case. but coming to strong advocates was a good thing for me they helped me out so much in understanding the paper work process, which they did everything. they are amazing very professional.

She helped me understand all of my options and gave me advice whenever I needed it. She was very patient and explained everything in a way that was easy to understand. She went above and beyond to help me during a tough time in my life, and I am so thankful for that!

Strong Advocates truly takes an interest in their clients. Betsy Havens and her staff are knowledgeable and professional. Betsy made me feel heard. She is very thorough, detail oriented and determined.

My experience with Betsy Havens was beyond pleasant. She is highly talented and compassionate towards others. She never gave up on me. Betsy changed my life for the better, and I would recommend her to anyone and everyone.

Get Your Free Analysis & Strategy

Use our confidential, secure form to tell us what happened. We are here to help.

Strong Advocates truly takes an interest in their clients. Betsy Havens and her staff are knowledgeable and professional. Betsy made me feel heard. She is very thorough, detail oriented and determined. If you want a firm that personally cares about YOU, I recommend Strong Advocates for all your employment legal needs. Choose Betsy Havens because she is very compassionate and passionate about winning your case. She follows through and produces amazing compensation results, quickly.

My experience with Betsy Havens was beyond pleasant. She is highly talented and compassionate towards others. She never gave up on me. Betsy changed my life for the better, and I would recommend her to anyone and everyone.

I had such a great experience working with Strong Advocates. Betsy Havens, the attorney who represented me, was so kind and compassionate while handling my case. She helped me understand all of my options and gave me advice whenever I needed it. She was very patient and explained everything in a way that was easy to understand. She went above and beyond to help me during a tough time in my life, and I am so thankful for that!

After interviewed many attorneys for my national origin discrimination case, I finally and very luckily found this law firm. Unlike cases such as traffic accident or not paying overtime, etc., national origin discrimination case is typically very difficult. Many attorneys shy away my case, though evidence solid, and from their responses I could see their incompetence. Coming from immigration lawyer background, this law firm has great enthusiasm to help new immigrant and very adequately represented me to seek for best compensation. As a professional myself, I could tell this law firm is very high quality and detailed oriented in its documentation preparation and communication with Court and Respondent party. I don't think I could have found better law firm than this one. I read some review online regarding their high fee before hired them. Yes, their fee is higher than others and that is the high quality you would receive. I would highly recommend this law firm.

I HONESTLY WAS AT LOST ABOUT MY CASE OR IF I EVEN HAD A CASE. BUT COMING TO STRONG ADVOCATES WAS A GOOD THING FOR ME THEY HELPED ME OUT SO MUCH IN UNDERSTANDING THE PAPER WORK PROCESS, WHICH THEY DID EVERYTHING. THEY ARE AMAZING VERY PROFESSIONAL. I ABSOLUTELY RECOMMEND THEM.